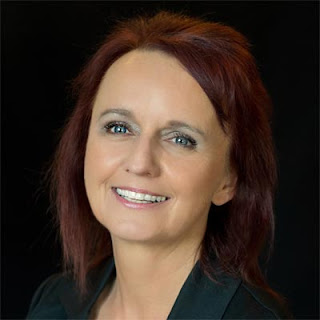 When Sierra agreed to participate in an interview with me, I was very excited. I’m fairly new in my writing journey, so to peek into her mind and see how she approaches her writing is a true treat for me. Sierra’s written over forty novels. Her most recent series is The Donovan Dynasty, with the latest book, Boss, having been released in February. If you haven’t read this book, go acquaint yourself with Nathan. Now. <fans self> 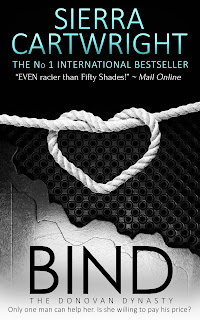 Because of his background—his father falling in love with a woman who wasn’t his mother—Connor is committed to being loyal. He’s experienced and seen the harm caused by a man who isn’t faithful. So marriage is something he prizes.
Lara is happy to trade her freedom, temporarily, because she is desperate to save her family business. But she has no long-term interest in marriage.
So when she walks into his office and asks him to marry her, there is immediate tension.
He agrees to help her, at a price. It will be a real marriage.
So each BDSM scene adds to the internal conflict. They will grow closer together, learn about one another. None of the sex is gratuitous because it furthers the tension. And because each set of characters and their problems are unique, it’s my intention that the sex is also unique.
I think that’s another reason why I love your books. You have your readers salivating by the time your characters get together. I’m a big fan of unresolved sexual tension that builds and builds until finally the two (or three…) just can’t take it anymore. Talk about a great payoff.
My last question, if I may, where do you see the erotic romance genre in five to ten years?
What an exciting question… I think we’re already seeing the evolution. One of my favorite sayings is, “A mind stretched by a new idea never regains its original dimension.” That also works for popular fiction. Once we’ve “gone” someplace, there’s no going back.
Many mainstream books are becoming sexier. And there is always the next big thing out there, creating a resurgence of interest in a particular genre and bringing a whole new set of readers to our books. I’m grateful for Harry Potter, Twilight, The Hunger Games, and the Fifty Shades franchise. I’m anxious to see what the next mega-seller will be. And damn, I hope I can be the one to write it! Wait, I digress…
I was saying that in erotic romance, the boundaries have been pushed. There will always be a demand for that kind of fiction. There will be sub-genres that are more popular than others for a while. Paranormal, suspense, etc. But we may not ever see the kind of interest that there was for a couple of years. And that’s part of the natural evolution of pop culture.

Thanks for having me, Elle. I appreciate it.

No need to thank me. It’s an honor to have you on my blog. I can’t thank you enough for all the thought you put into my questions. I’m sure you’ve provided some great takeaways for other writers reading this post. Thanks so much, Sierra, and I can’t wait to meet you one day (soon).

Interview with RWA's Erin Fry Welcome to my unofficial #RWA17 at Walt Disney World Planning guide! Before I…

Let’s Get Social
Elle’s Newsletter
Recent Posts
Get my latest news! I won't post often, but when I do, I'll share about new releases and giveaways.
Sign Me Up
© 2016 Elle Mason - All Rights Reserved